Home > Books > Proud of the women of our generation – Priyanka Chopra

Proud of the women of our generation – Priyanka Chopra

//
Rajeshwari Kalyanam
/
Comments are Off
Books They are bold, have an opinion, they are confident and can stand on their own feet – the women of our generation have created change, said actor Priyanka Chopra and stated that she is very proud of her generation of women actors in Hindi films who changed the way female actors are viewed in the industry. “I hope that the girls of the next generation will not have to deal with issues that we faced,” she adds. Priyanka was in conversation with journalist and columnist Shobha De during the evening session at the virtual Jaipur Literature Festival 2021. She discussed her recently launched memoir ‘Unfinished’ published by Penguin Random House that explores her journey as a kid who just finished her school and went on to win a Miss World title the very next year, the mistakes she made along the way, and her struggle and commitment as an actor that made her what she is today.

It was humbling to be struggling as an aspiring actor in Hollywood where I had to go and introduce myself, speak about my work and prove myself. I still believe humility is the most important trait if you need to be successful, shares Priyanka.

Her book ‘Unfinished’ has chapters where she discusses her upbringing, her father, and his unconditional support and love for her, and her experiences through her growing years that have formed her opinions. She also speaks about how she met her husband Nick Jonas and what he means to her.

Priyanka also spoke about the importance of Indian cinema, which is the biggest in the world having more representation in world cinema and how it is important to get people to the idea of seeing Indian actors in lead roles in English cinema. ‘The Last five years have seen a good change in the way film makers view actors with brown or black skin, she adds. Without giving away much, the duo kept the audience engaged with Priyanka being her usual best in articulating her opinions.

Amazon India has joined hands with the Festival as the Online Sales Partner. Interested readers can but the book online. Exploring Frailty of Vanity and Intensity of Emotions 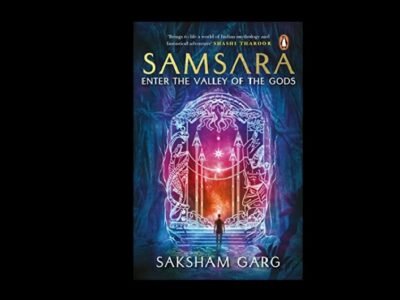