//
Rajeshwari Kalyanam
/
Comments are Off
Books The JCB Award winning novel ‘Moustache’ by Malayalam writer S Hareesh, translated into English by Jayasree Kalathil is about the story of a Dalit, Vavachan whose chance sporting of a moustache for a stage drama elicits images of power and the audience especially upper caste ones remember characters like the mighty Ravana. Traditionally Vavachan and the ilk are traditionally banned from growing facial hair, but defying the norm he refuses to remove the moustache. What follows are many imaginary stories that take Vavachan and his moustache to legendary proportions. The story of Vavachan in Hareesh’s novel explores the contemporary issues of ecology, power dynamics and politics using myth and metaphors to take the story forward S Hareesh and Jayasree Kalathil were in conversation with Aruni Kashyap during a virtual session at JLF2021. The author while he spoke in Malayalam gave wonderful insights on how characters of fiction have a mind of their own, and he says, “Fiction is not a safe space in some ways. Conservative values do threaten fiction, writers and books. But writers must still think of fiction as a safe space for storytelling.” This he thinks is important for writing. He also mentions that writing stories and listening to stories is part of democracy.

He says he believes that caste is an intrinsic part of living in Kerala. “As an Indian writer, caste will always be part of what you write,” he adds. He feels that those who think caste is not part of what they write are being dishonest.

Hareesh’s ‘Moustache’ is surely another important feather in the illustrious writings in Malayalam language, many of which we have read in their translated version. Both Hareesh and Jayasree agree that there is a great tradition of anti-caste, caste-critical writing in Malayalam literature.

The novel first appeared as serialised version in ‘Matrubhumi’ magazine and there was a controversy and demands were made to ban the story and that put an end to the serialised version. The English translation was published by Harpercollins publishers that went on to win the 2020 JCB Prize for Literature. . . ‘How to Avoid a Climate Disaster’ – Bill Gates: JLF Highlights 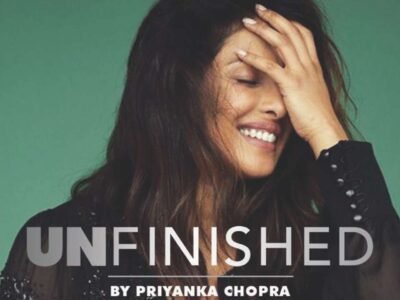