‘Women of Influence’ by civil servant and author Rajni Sekhri Sibal is a celebration of stories of ten courageous women IAS officers who have walked the extra mile to overcome challenges posed by difficult circumstances. 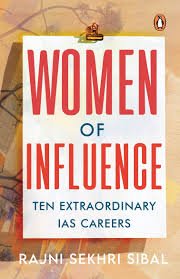 With thirty-seven years of civil service, Rajni Sekhri Sibal has seen and experienced the challenges faced as woman IAS officers. Her latest book ‘Women of Influence’ highlights the episodes where the ten women officers displays immense courage and commitment during the most difficult of times. 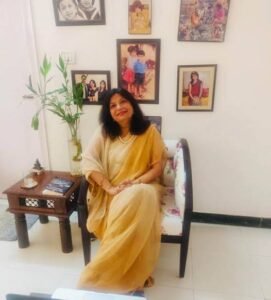 Its protagonists span many generations with the oldest narrative being set at the Bikaner border in the 1965 Indo-Pak war and the latest 50 years after in Uttar Pradesh in 2015. An interesting recounting of incidents from times when seeing a female collector sahib was a rarity to those when we have women taking on   tough postings in extremist affected districts, the book debunks the myth that   certain postings are strictly ‘male terrain’. The author however takes great effort to point out that the book is not about gender issues, one-upmanship or putting women bureaucrats on a pedestal. “It is not my intention to portray that the protagonists in the book are perfect. No one is. Nor do I proclaim that they have no flaws. Every human being has something good in them along with some imperfections. I am merely presenting these positive episodes in the careers of these ten women, which are worth recounting” she says. Although the central characters in the book belong to different age groups, batches and cadres they are bound by a common thread of ethical standards, courage and commitment. The book derives strength from the manner in which we are made to understand the tremendous effort behind the success of seemingly simple government initiatives like pulse polio, right to education and human trafficking among others. Particularly inspiring is the story of the young IAS officer Durga Shakti who become a national sensation when she fearlessly reined in the illegal sand   mining mafia unmindful of the difficulties that came her way. The incidents from ten vastly different situations and women who found both work-life balance with a fictionalized narrative add an element of drama and make the book both interesting and inspiring.

The work of the ten women in brief.